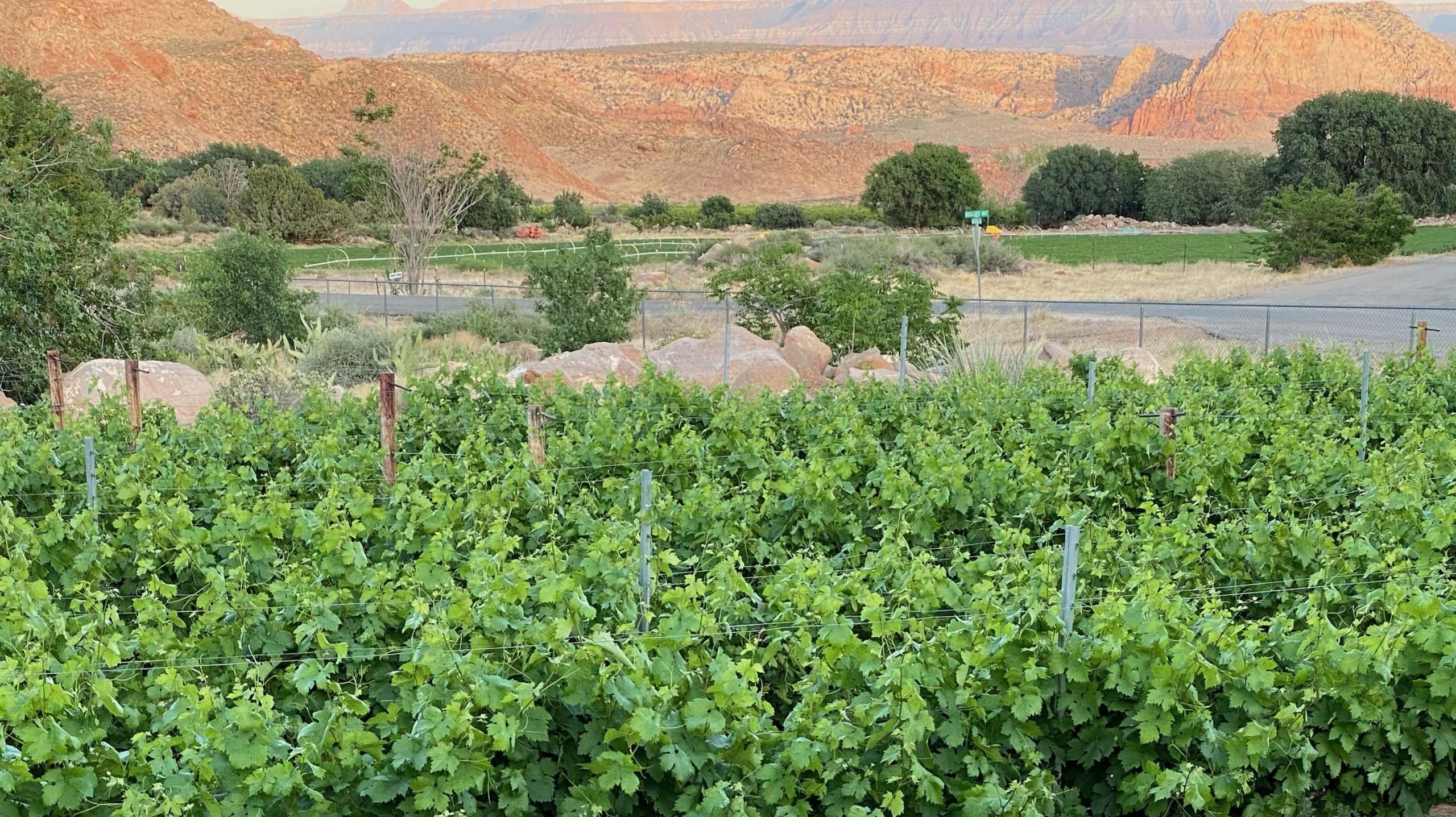 Syrah, also known as Shiraz, is a dark-skinned grape variety grown throughout the world and used primarily to produce red wine. In 1999, Syrah was found to be the offspring of two obscure grapes from southeastern France, Dureza and Mondeuse Blanche.[1] Syrah should not be confused with Petite Sirah, a cross of Syrah with Peloursin dating from 1880.

The style and flavor profile of wines made from Syrah are influenced by the climate where the grapes are grown with moderate climates (such as the northern Rhone Valley parts of the Walla Walla AVA in Washington State and Southern Utah) tending to produce medium to full-bodied wines with medium-plus to high levels of tannins and notes of blackberry, mint and black pepper. In hot climates (such as Crete, and the Barossa Valley and McLaren Vale regions of Australia), Syrah is more consistently full-bodied with softer tannin, jammier fruit and spice notes of licorice, anise and earthy leather. In many regions the acidity and tannin levels of Syrah allow the wines produced to have favorable aging potential.

Syrah is used as a single varietal or as a blend. Following several years of strong planting, Syrah was estimated in 2004 to be the world’s 7th most grown grape at 142,600 hectares (352,000 acres). It can be found throughout the globe from France to New World wine regions such as: Chile, South Africa, the Hawke’s Bay, Waiheke, New Zealand, California, Washington and Southern Utah.

Be the first to review “Syrah” Cancel reply